Letters and Information: The letters are written for all humans worldwide. They are about the matter and commission of our Lord and our all Creator.

To the Federal Ministry 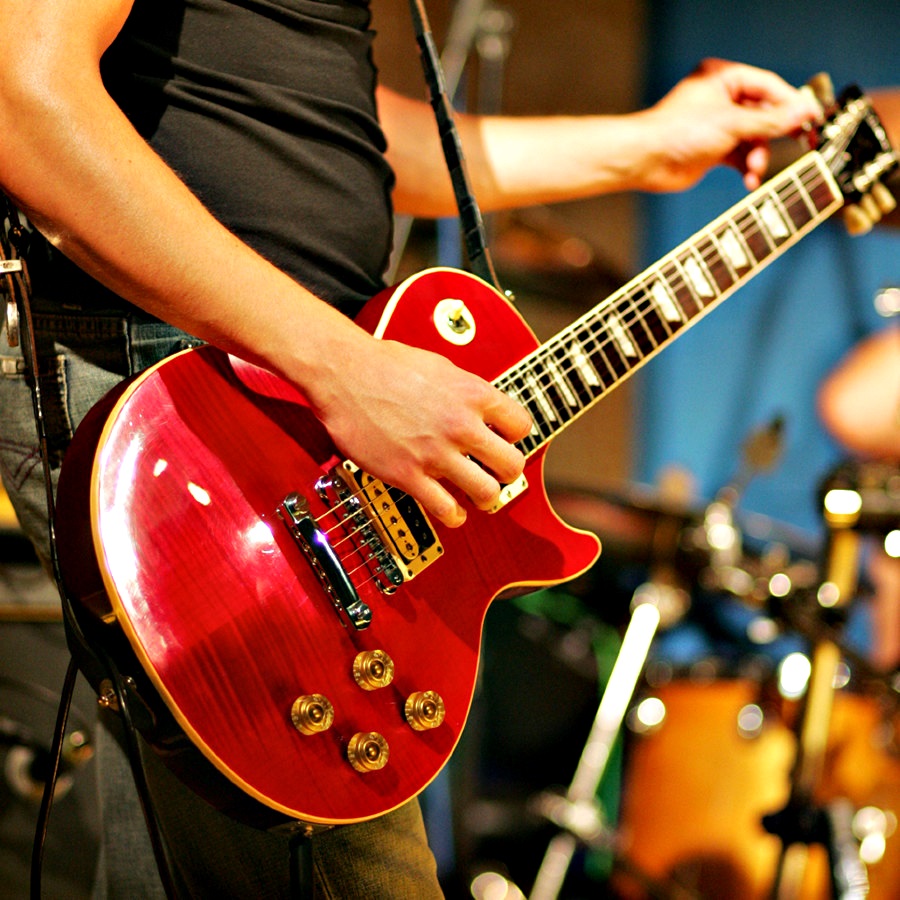 Again, my person had to realize that the letters of my person did not work as desired, but your behavior is justified with the fact, that you have developed in the direction of nothing half and nothing whole.

For this reason, your Empress is writing you this letter again, which you will please hand over immediately and unchanged to the universities of economics and business administrations as well as to the entire legal economics groups.

My person advises you do not to withhold this and other letters, as my person does not have the strength and the time for such a letter for two or three twisted nuts. Please hand over this letter to the faculty members and professors as a basis for thinking, so that the young people can theoretically work out an overall functioning economic cycle and then submit the Bavarian Prime Minister, Dr. E. Stoiber and his team, as he has already been named and is partly responsible for this economic cycle.

As an example of the above allegation of your behavior, your Empress takes the 60,000 roses, that adorned the Vienna Opera Ball in 2002. Among other things, an interview with the manager and a so-called gardener was shown on the TV channel Phönix; celebrities were also interviewed, who suspected a sponsor was behind the rose decorations.

As first shown, these roses supposedly came from a local gardener, which however only turned out to be a retailer and who finally soaked the roses again at the end in order to have the roses processed into flower arrangements.

Well, my dear boys, let's retrace the path of these roses together.

These roses came from Ecuador, nowadays just a stone's throw away to transport these goods to Amsterdam.

These roses in this quantity most likely came from a greenhouse in Ecuador, where labor is quite cheap and where these people probably do not receive health protection from an authority, because a greenhouse is generally used for pesticides and others highly carcinogenic agents, especially if the local people's daily bread is dependent on such flower cultivations.

You, my dear boys, have saved quite a lot of money by let doing this; it are the costs of serious skin conditions and anatomical airway diseases, that can lead to costly treatments including pension entitlements and can lead to death, too.

Costs, costs, costs that you as specialist has saved!

Now we should work together to calculate what`s the whole costs of air freight transport have become in order to arrive at an acceptable price.

First the roses have to be watered, then to cut and bundled while they are still closed, and then loaded onto a truck.

The roses will now be transported from the greenhouse to a cargo airport. The driver of the delivery truck will probably only receive a very low wage and the truck itself will probably not be equipped with a catalytic converter, so that in Ecuador not only the pesticides but also the exhaust gases from the trucks have to be beared.

Well, my dear boys, the goods are loaded onto the cargo plane with forklifts, presumably by also low-paid staff, but the costs are now transferred to the next area.

The maintenance costs of the cargo aircraft and the costs for the flight personnel, which could theoretically be reduced to one person, but were certainly reduced to two men from the point of view of European safety regulations, as well as the fuel must be paid for.

The question arises, which trading country does bear these costs? !

Do these costs still go to Ecuador or does the Netherlands bear the costs as an intermediary or do these costs go straight to the country of destination Austria; presumably to the country that is best able to sell these import-export transactions and receive state benefits or subsidies, simply by job creating and maintaining a job of the respective company and all that, although such roses have in truth become priceless long ago?

The transport also pollutes the ozone layer, which has already been damaged, by which, as some voices have indicated, also was diagnosed with human diseases.

However, the ozone alarm was set up with the result, that physical exertion in the open air should not be carried out during the ozone alarm for health reasons and thus health protection should be guaranteed.

Now the cost of the roses has literally risen to infinity, but in spite of everything are seemingly affordable. The question of who pays these costs or sponsors this procedure has hereby been asked but has not yet been fully answered.

Well, my dear boys, the transport continues from Amsterdam to Vienna to the world-famous opera house, where the scent of the roses should unfold at the right time.

In between the roses had to be soaked and maybe even treated again to create a splendid bouquet of flowers for the decoration of the opera house.

The transport costs with a truck through different countries would certainly have been too high including the loading and insurance costs.

Presumably, not only this one rose shipment, but at the same time also other deliveries by air freight traffic from Ecuador and the Netherlands and further transport by freight planes will have been carried out, but now with a flight captain, who controls a different hourly wage class and a different class of aircraft in order to be approved for the Munich Airport.

There the 60,000 roses ultimately have to be reloaded onto a truck in order to get to the city center of Vienna. Here, too, the environment is again a high cost bearer, which, however, is not entirely predictable and has never been predictable.

These roses, which have already become priceless in large numbers, will ultimately not be cheap, so a sponsor has to be found.

However, how will the sponsor has made his money; through speculations or through honest work?

The latter hardly, or would you work hard with your hands or with your intellectual strength in order to be able to decorate royally the Vienna Opera Ball ?

If it had been better to train and employ unemployed Austrians as gardeners, who would have grown roses without the treatment of pesticides, these roses would have been supplied by the Vienna area at much lower costs, which would have been manageable, and the high unemployment would have been curbed.

Even in the open air people would have had a healthy and meaningful job, but what about the people in Ecuador, who have now got involved in this business and have to earn their living with it?

You see my guys, the circle of economics involves a lot and many or everything and all, so that you always have to compare and combine an economic cycle with a double-entry bookkeeping in order to arrive at a function of the cycle.

If something is bought on the one hand, then something has to be paid for honestly on the other.

This simple execution is just a cause for thought for young people, who should definitely deal with an economic cycle that can also prove to be successful, so that the mind of these young people does not form half a person out of them, but a whole person with everything that goes with it, namely also honest work.

Your world economic system is ultimately based on an insatiable demand and an immeasurable supply, which moves the end consumer to take everything that life can offer and not want to leave out anything that is offered.

After all, you are only very small and mean girls and boys from the would-be cheat club, who advertise extravagances and ultimately you create unsatisfied and insatiable half animals from people, so that you ultimately have a secure turnover through an expandable entertainment establishment, i. e. world, what you have almost succeeded!

If the purchasing power declines here, then you have to register unemployed again in the retail trade and have to give the overproduced goods through large discounts, so that additional orders can be made or other manufacturers and middlemen have to close.

How can you be running such a risk economy based on consumption?

No wonder that sick half dogs and half cats sneak around in front of the door of your Empress and that you and your kind have kept the possibility open of being able to bring my person into the closed institution, because with so much concentrated truth the Empress would been better in such a company declared crazy.

But this Empress, my dear lads, has had to drag you and the likes of you on her shoulders for quite a long time; you better not forget that and start planning and implementing the instructions and commands available, especially by the writings of your Empress!

Note: Prepare well together with your kind all the announced tasks, especially for the youth, and admit to yourselve, that you have fallen for many things and really fall into a trap. It is only when you have gained insight into illness, that you are able to form and educate young people, but without a role model as a man you will never done it.

A real man always thinks about what he can be responsible for, also for future generations and who, how has built, invented, created and has how much earned what and why!

Homework: Please look for an inexpensive travel offer with your students and examine this branch of industry together with everything that goes with it.

Please trace the costs for the Aldi product "Landgut, buttered vegetables", from the seed to the end consumer, and justify the price of 49 penny. Despite mass production, also consider the electricity costs of operating through freezers!

Your Empress claims that the bicycle product must contain a risk factor in order to increase demand and desire for the owner. In particular, this refers to women's bicycles, although these bicycles are often used to transport a toddler.

Please go into town with your students and examine today's bicycles together; do not forget to pay attention to the material and the cost. Compare old bicycles with a new one, please also compare the prices, what do you notice?

More and more seatbelts, crash helmets and knee pads are being produced. For which group of people do you particularly need these mentioned products and for what purpose and secondary products?

As a teaching staff, please ask even better or really good questions and work out these questions together with the result of at least one useful solution proposal, which you will please submit to the correct place.

Please examine the applied advertising carefully in all its inexhaustible diversity, especially advertising through the medium of film.

Ask your students to close their eyes while the commercials is showing. Justify the above introductory assertion of your Empress with the acoustic background of the advertising and pay attention to the advertised product!

Please examine the entire stock market and the stock exchange together.

Please find out where the money comes from and who has been earned it.