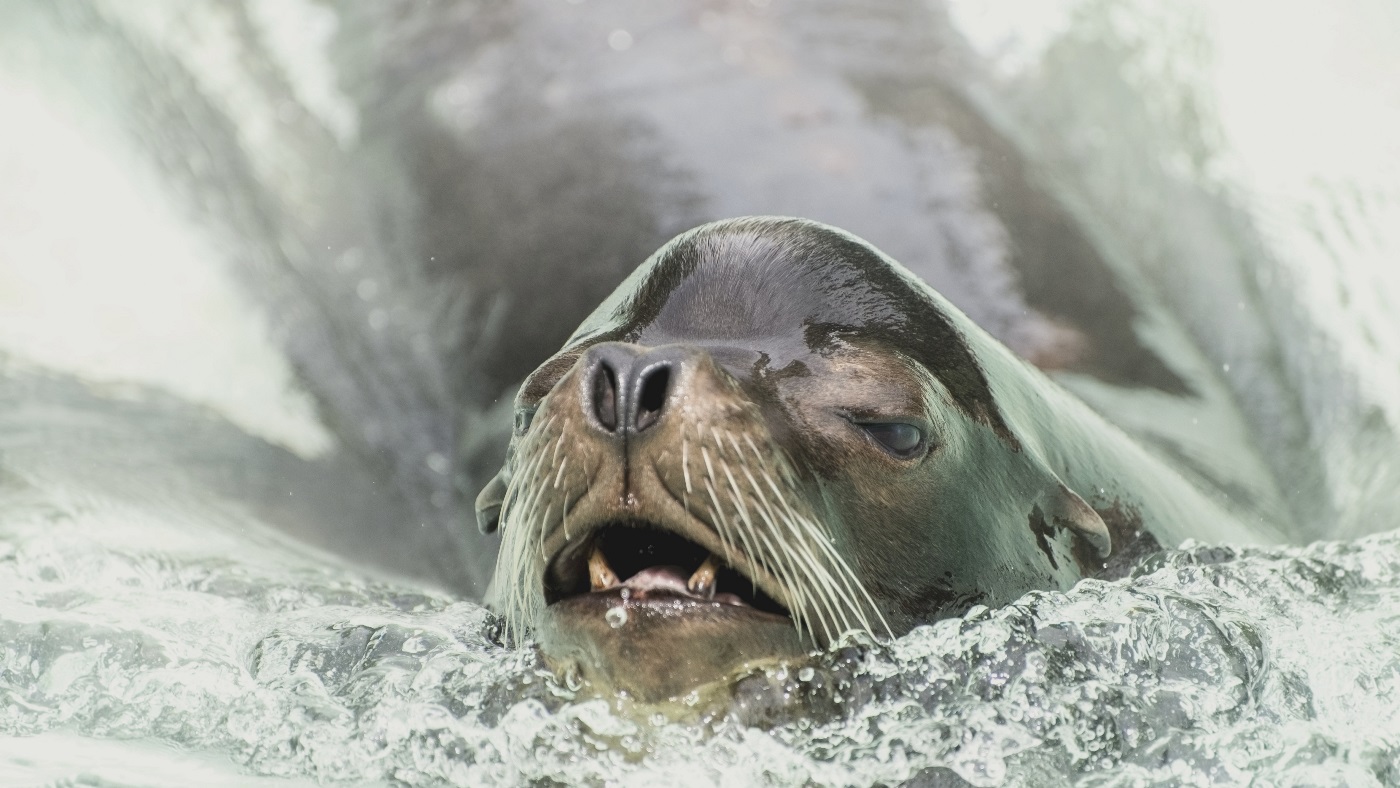 The German-language document you may find here: https://www.cum-clavatore.de/tourismusindustrie.html

Today is Thursday and some of you will know this writing is not based on a replacement of politeness.

In the last days the information went through the media that 37 African shipwrecked persons were picked up of the crew of the Cap Amore. Those people were quasi in a rubber dinghy fished on board the Cape Amore on high sea.

For such a given aid every people and especially the captain of a ship are obliged, however the captain and two responsible persons of the ship crew had been put in an Italian prison for some days. It was a question of African fugitives, since the Italian government put by law every illegal immigration and every assistance under legal punishment.

However the problem is that just southern Europe, especially too Sicily, can be the nearest secure port for fugitives from Africa and by it there exists a possible chance for some Africans to come ashore lively.

That is a fact, which is generally known.

Nevertheless the Catholic Italy may do right to turn down illegal fugitives and/or immigrants, then who should pay that all, if still the unemployment the national budget pulls into red numbers?

Where should the way go at all and so it is ordered to guard the ports and coasts more strictly of the country before intruders possibly would be able to take still an Italian the sausage from the bread in such a way, yet it does not apply only for Italy, doesn't it?

For this reason nobody, simply no person has the courage to come towards to that responsible persons and to say the Catholic Italy:

Accommodates the people, who are on the run comply and then it will considered, which European country has available the money and the place and is on turn to undertake the responsibility for the people!

However, the members of European Union are not paid to set up such sensible arrangements.

There will be paid a presence bonus of the members, to outscorce services by reasonable arrangements which included every person but separate for it to bring Europe to the top; for it instead million over million are thrown away.

If it depends on it and action is asked then one respects politely the laws of a very Catholic Italy, since the laws must then also be respected within every country concerning such decisions. Oneself is not finally stupid, because a clever man takes precautions for the case that not suddenly several hundreds Africans or Asians will stand at the own door one day, wont they?

Apart from that the shipwrecked illegal immigrants did not want to burden Italy but nevertheless earlier had called Germany as their destination.

Some days later after the Cap Amore put into port, here in Germany the worldwide biggest luxury liner, Queen Mary II, docked at the port of Hamburg.

A colossal giant with a length of 345 m of luxury pure; no doubt the question does arise how large the rubber dinghy was of the 37 Africans and whether an African should be really so much less worth than such an European of the luxury class in 2004!

You as Catholic Italy will now instead be taken into the responsibility to receive the following commands of your Empress.

All other European please, will correspondingly bear worry for it that these commands get carry out smoothly, decently and immediately.

Too you and people like you, who themselves could hidden years behind the desk of an organization are now requested in a manner to let yourselves in person smuggle into such a flight means of transport.

In this case you may take with you as affected people a Handy, a radio equipment or too lighting pistols.

The Italians also will have to see now that worldwide** and  all ** European luxury liner will come to their planned efforts, when people are shipped with their whole family especially from the earthquake endangered fields.

The destination determines Empress in person in this mess-up hereby again.

Scandinavia is the continent, which has the place and the possibilities for an incorporation into a civilization for the people from endangered fields, when each African family will receive a beautiful stable small house with an allotment including occupation possibilities.

The coasts please will be shared with European Union and worldwide**.

Canada follows to Scandinavia in this regard equally. *

Also Russia has enough place for people from the purest countries of earth especially for people with the AIDS virus.

Too, whole African villages that almost consists exclusively of infected people with AIDS or if people should become driven away by their present government, you will please of all costs include in the restructuring.

* Otherwise the Cudgel of Empress will have to course you and people like you correspondingly. Especially the more somebody is a Catholic or a Christian the Cudgel hits onto such a luxury creature in the right way.

You and people like you should really make experience, as it must be for yourselves, if one must get into a flight means of transport like an inflatable boat and do not know whether one will reach the destination also because the foods and the drinking water will only be in a limited manner available for a period.

If you will see land in spite of all, then you must calculate with it that you come under fire from the bordering or harbor police, because so many a one of these people perhaps mentally is dividing a very long buffet or do not want to let take away himself the thick put on sausage- or cheese bread, you well protected patrons including your twisted scions, you!

On behalf of
Empress

A correspondent writing of this restructuring is already available also in English translation.

Would have you and people like you punctually reacted, then many problems would be solved in such a way easier now.

Yesterday the CNN sender showed the worldwide biggest sailing boat and its owners. The costs of it were mentioned and my person understood the amount from fifty million dollars.

Please, inform the owners of the sailing boat about the matter and order immediately, so that he and other ones get the possibility to steer in the right direction. At present time my Cudgel still does not work but there are enough reasons for everybody preparing the way of changing live by choice all over the word.

If you and everyone else in the world have quite great luck, then .......!

Now the above document has been already made up 15 years ago, however, yesterday many people have drowned in the Mediterranean once again, because these people from Libya wanted to go by rotten wooden ships on the well-known sea routes on the run to Europe, however, these ships quite obviously were not stable and were not sure enough.

Some of these people could be saved from whom quite a lot of of the affected persons had to swim for seven hours for their lives to be able to be sighted and saved at least with luck of the small fishing boats.

Other people, including children, have downright "drowned", to make clear!

An affected mother wanted nothing anymore, only back in her homeland to die, because among half an animals no one would like to live with pleasure and my person also belongs to it meanwhile!!

If you and everyone else in the world have quite great luck, the following decision has instructed by the guidance of my person:

Every mature citizen of my hometown and surroundings who already was longer than 30 years, 20 years, 10 years, five years or two years in knowledge of the colossal events mainly by means of my person and has filed no report or no truthful report, as it is right and proper for a normal person, will also have to go on board of an accordingly equivalent rubber dinghy or of an rotten wooden boat of the refugees and have to take the same route in the reverse, which leads over the Mediterranean as a rule to Libya.

Of course some of the worldwide presently persons responsible from church, culture, economy and politics will go finally into the same teaching!

Should somebody from the called rows come to grief or even die, this is just to be accepted like the everyday announcements or news namely so often and so long, until the very exact number of the missing, drowned or died of thirst refugees were rehabilitated by this kind of "half an animals"!

Besides should be still mentioned, that human traffickers on the high sea will have also "cashed in"! Woe, woe, you and your equals, you will refuse this decision, which the German Armed Forces and the Federal Border Guard have to accept under the guidance of my person and should be executed by Mrs. AKK!

Of course the Catholic Italy, the Catholic Poland and the Catholic Hungary comes to a special decision in each case by the own military and not only the currently publicly persons responsible of these states!!

You and everybody want a right to a say, you and everybody want to be recognised as a citizen in a democracy and you want to be able to eat and drink and to live well, however, you partially behave like half and ill animals, whose control their greed and hide something and must play-act and that happens not only in my hometown separate at least throughout Europe!

Extract from the Internet:

With the new boat drama before the coast of Libya could have died according to the relief organisation red half moon up to 200 migrants.

Up to now 67 corpses from the Mediterranean have been rescued and 138 people would be still missed, said Osama al-Fadhili, leader of the red half moon in the port Al-Chums, the German press agency on Saturday.

It would be the heaviest boat misfortune in the Mediterranean Sea in the current year.